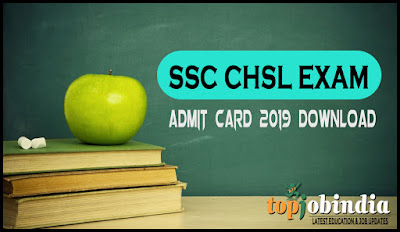 SSC CHSL Eligibility Criteria The eligibility criteria for SSC CHSL can be divided into three categories:

Those applicants who are seeking information regarding SSC CHSL age relaxation can refer to the table below:

SSC has revised the SSC CHSL tentative vacancy 2017. You can check the latest SSC CHSL Vacancy 2017 below
:

SSC CHSL Job Profile
There are more than one job profiles for SSC CHSL such as Data Entry Operator, Postal sorting Assistant and Lower Division Clerk that you apply for according to your interest and eligibility. Every job has different responsibilities, you can take look at SSC CHSL Job Profile for job roles and responsibilities, Career Scope, Promotion and Growth of Lower Division Clerk (LDC).

SSC CHSL Salary after 7th pay commission for different posts are given below: